Dimitris Constantinou belongs to the generation of Cypriot artists born during the interwar period. He actively participated in the “synchronisation” of Cypriot art with the international developments in the field, while his artistic career demonstrates a smooth progress of modernist sculpture without setbacks; instead, it reveals maturity and continuous pursuit.

He was born in 1924 in Alexandria to Cypriot parents. He studied artistic metalworking at the Italian Technical School “Don Bosco” in Cairo, Egypt. His artistic career begins in the 60s, when he becomes particularly interested in metalworking and inspired by the diverse abilities and potential of this material. As a result, he attempts the creation of an internal rhythm. His work is mainly characterised by simplicity of the forms, emphasis on the rhythmic alternation of layers, harmonious development of volumes and precision of his overall work.

Dimitris Constantinou presented his work in various solo and group exhibitions in Cyprus and abroad, the most important one being the 8th Alexandria Biennale in 1970, where he was awarded with the 2nd Prize in Sculpture. 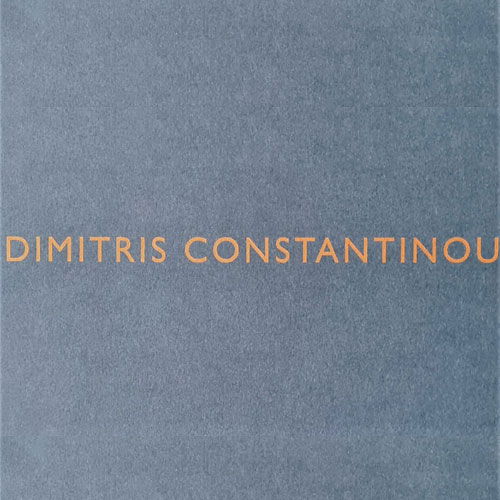