3 May 2019
Alpha C.K. Art Gallery is pleased to present the dual exhibition featuring the latest work by Elina Theodotou and Marios Theophilides. The exhibition titled persuit of cleaniliness opens Friday 3 May.

In the catalogue text accompanying the exhibition, the artists discuss their latest exhibition explores the cleaning practices and repetitive cleaning patterns and actions, resulting out of sociological behaviours, with soap and household dust serving as the primary mediums. The soap and dust are shifted from their ordinary and everyday form and are re-introduced. The repetition of forms and objects, as well as the consistency in relation to the mediums used, refer to the cleaning practices we adopt that suit our individual way of living, through patterns that defeat dirt and dust in our homes.

Approaching the idea of cleanliness from a sociological perspective, we were particularly interested in how cleanliness is seen as a virtue, as a form of competition as to who is the cleanest, whose “image” is the cleanest vs. to “internal” cleanliness, cleanliness as a camouflage of real self, a façade. Baring symbolisms of completeness, status and significance, the shapes of sphere, diamond and pyramid serve as mediums in exploring cleanliness as an obsessive action, which is either inherent or subconscious.

It is argued by M. Douglas, that apart from social values, dust and dirt have a direct link with fears. Through her analysis, she suggests that we attribute to dirt and dust the power to disturb the order that we impose to our living spaces and consequently upon ourselves. Dust is directly linked with the contradicting ideas of ephemerality, eternity, preciousness and decay. In his work, Richard Wentworth introduces a conversation between everyday and contemporary, rubbish and preciousness, using everyday objects, in the same way we have engaged with soap and dust: the objects enter into antithetic dialogues between each other, at the same time entering into a dialogue with the greater space, taking readymade and frequently incongruous objects and arranging them in a fashion that forces us to recognize the drama inherent in that which we too easily dismiss as routine.

Is cleanliness next to godliness? Dust, comprised of dead cells of human body, can be seen as a continuous deconstruction of the body. In an attempt to follow social norms through cleaning ritualistic practices, bodies serve as the projection of these practices, at the same time mirroring public and private concerns of acceptance and embracement. The ephemeral and transformational nature of the body serves as an element of historical perspective, as well as a time line revealing the aftermath of social practices and states of mind. The body is not only the producer of dust, it is at the same time the holly space that dust should be eliminated from. Cleaning as a ritualistic process of purification, which eliminates the human form, leaving nothing but dust. And although visually the skin serves as the outline, as the boundary and limit of the human body, through these persistent movements, the skin is decomposed and the form of the human body is repeatedly redefined, with the body’s identity being removed. The body’s identity is dissolved through the abuse of power, with the society globally facing such actions, giving rise to questions of punishment, acceptance, provocation. 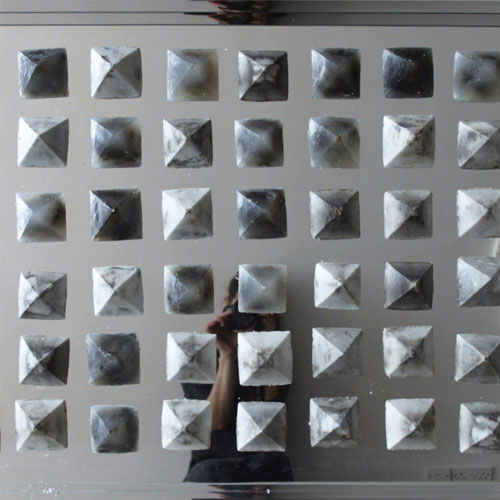