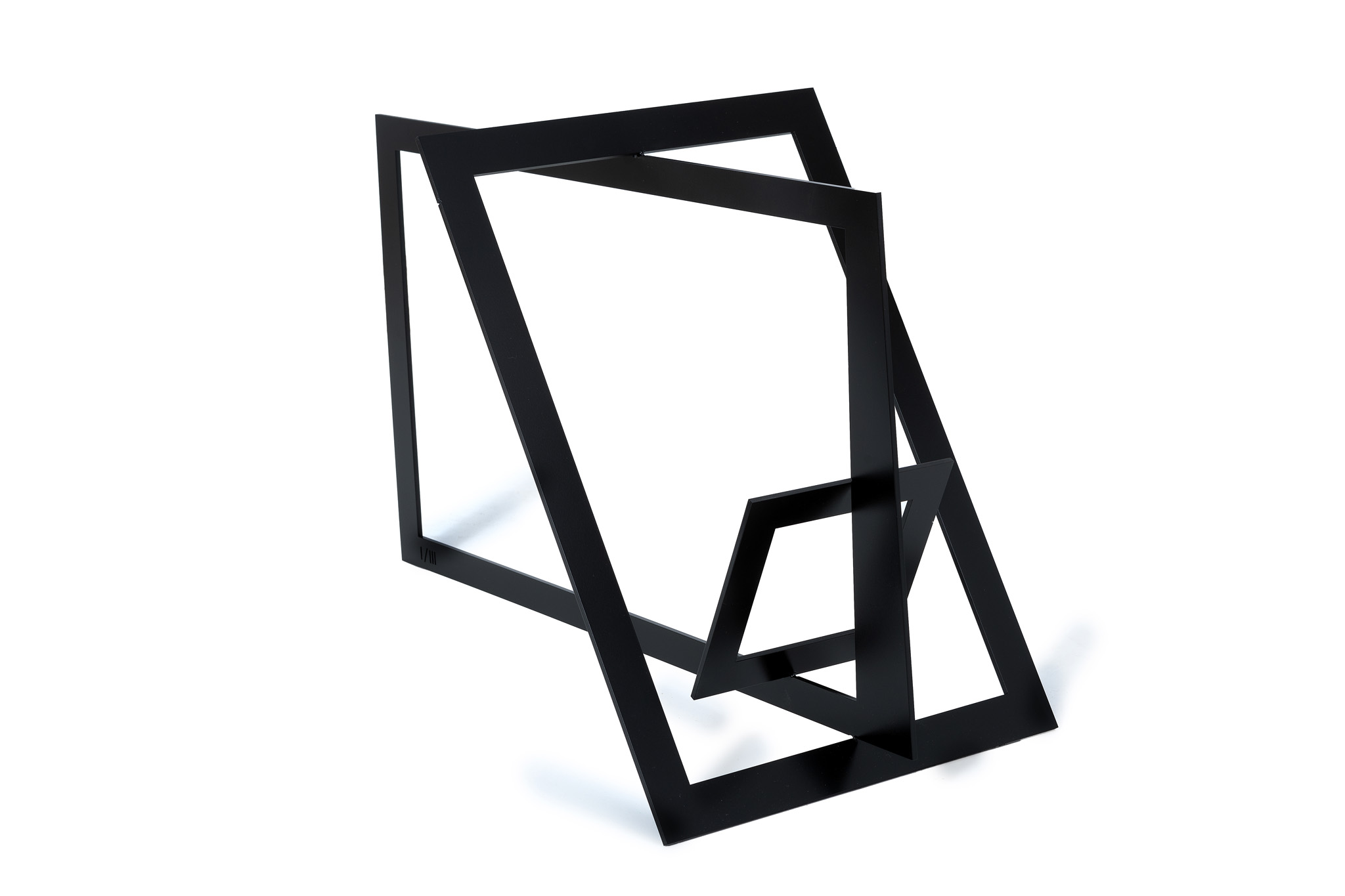 His new series of scuptures is comprised of a number of smnall scale, multiple sculptures, several large free standing sculptures and several large (2 meter height) sculptures.  The esculptures are made from iron and coated in acrylic paint. They are charecterized by their clean lines, flat, baord surfaces and minmalism.

Accompanying the scukptures are a series of paitings, also minamal in lines, color and form which are a commentary of contemporary society.