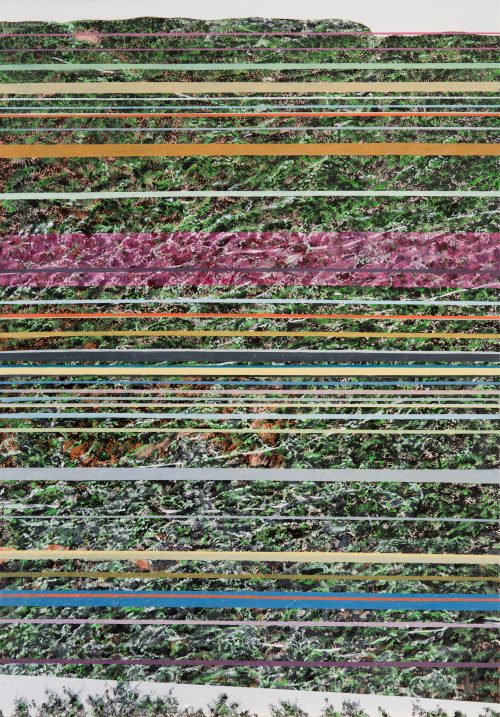 The underlying and uniting theme of his work is landscape art. The artist uses this theme to examine the role and possibilities of painting today.  The landscape operates more as a stimulus for the artist’s stylistic searches rather than as an iconographic obsession. The “landscapes” are characterized by an unfamiliar mood of ambiguity and ambivalence. His work features a violent interference of geometry, which creates unfamiliarity and other worldly images. And here the titles of the works compound the unfamiliar, but, at the same time, create a playful interaction with the viewer.

Christos Michaelides was born in London in 1983. He studied painting at the Athens Academy of Fine arts and at the Slade School of Fine Arts in London. His works are in numerous private and public collections, including the Frissiras Museum in Athens.

In 2017 he was awarded a commendation at the 3rd Frissiras Award of European Painting.

The exhibition opens on 12 February and continues through 22 February.